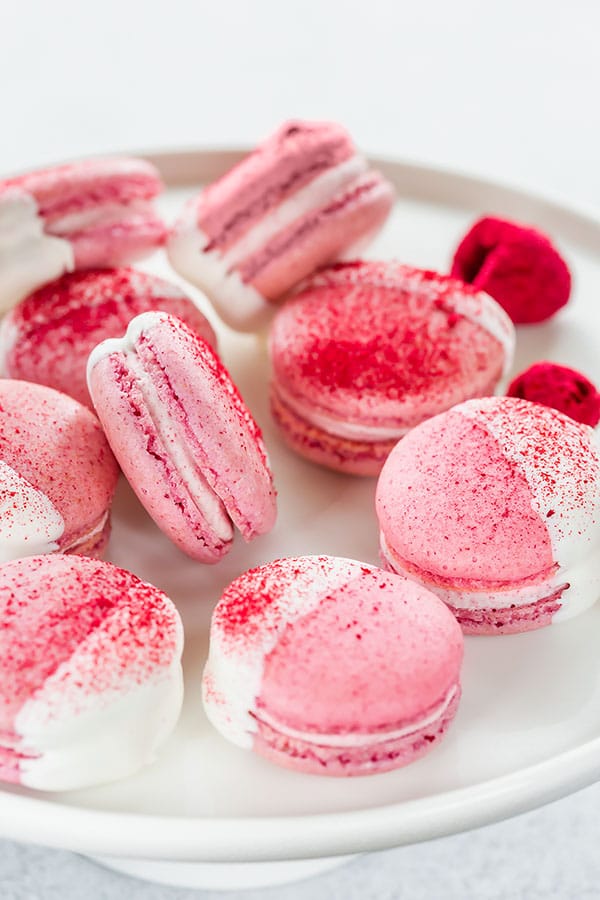 Out of all the macaron flavors I’ve made over the years, I think these raspberry macarons are THE BEST! I mean, they burst with juicy raspberry flavor through and through!

Instead of messing the batter with fresh juicy raspberries, which will clearly add too much moisture into the delicate batter, I opted for freeze-dried raspberries instead. 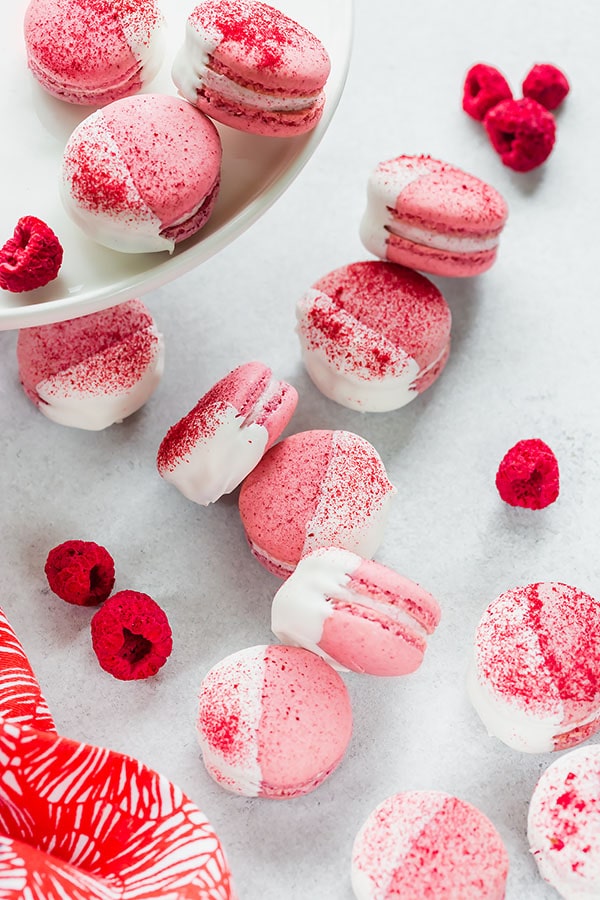 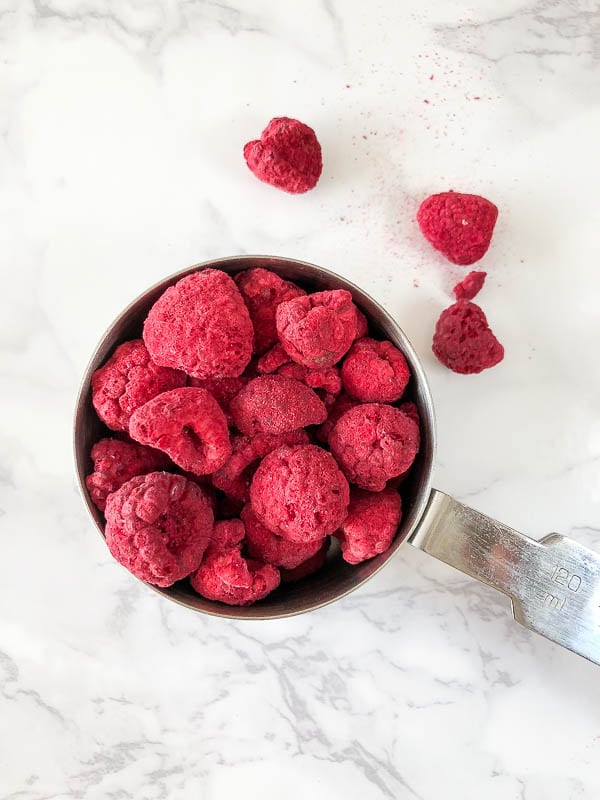 Now to use these beautiful freeze-dried raspberries, we’ll need to crush them into fine powder by processing them in a food processor, or with a rolling pin. I included the directions in the recipe below. I find that this raspberry powder has lots of seeds, so I go extra mile and sift them through a sieve to remove those seeds. 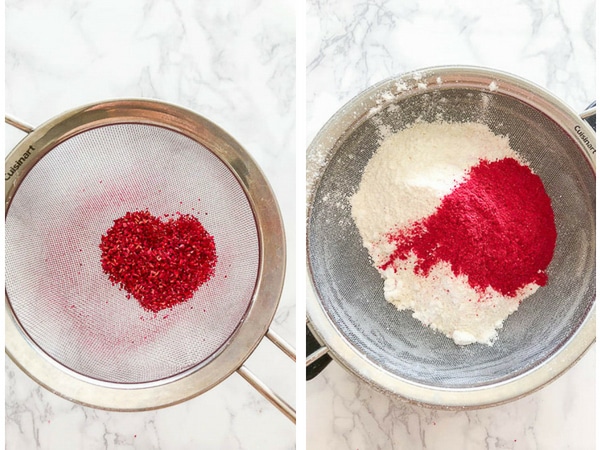 A few tips on how to make sturdy French meringue: 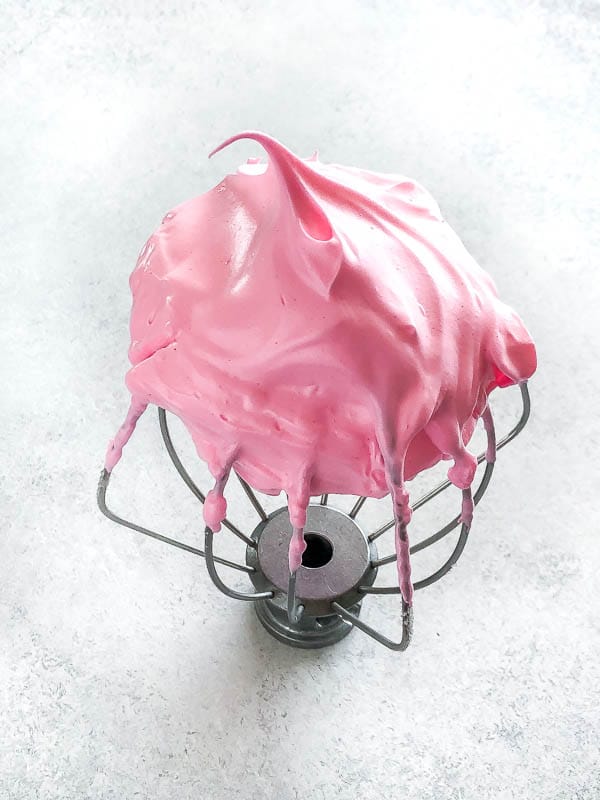 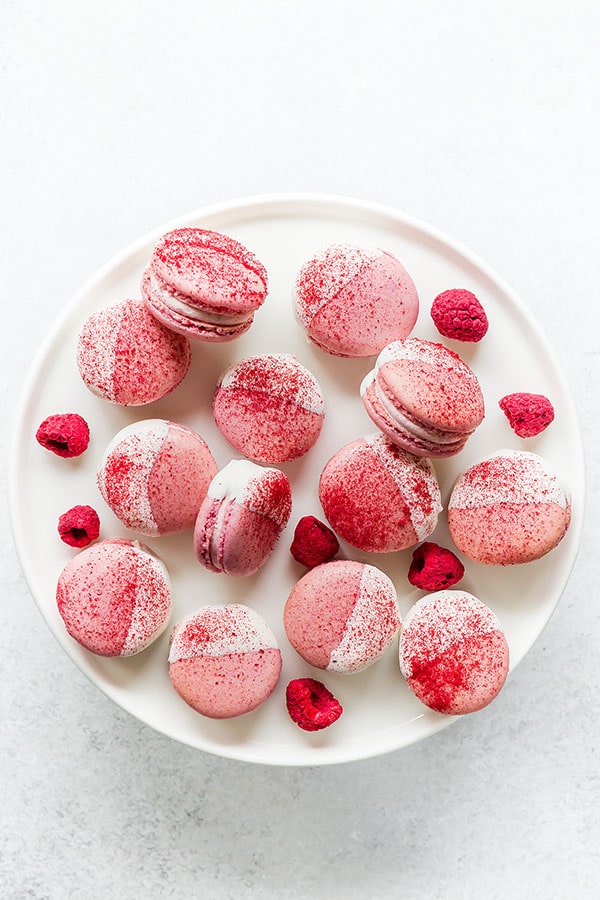 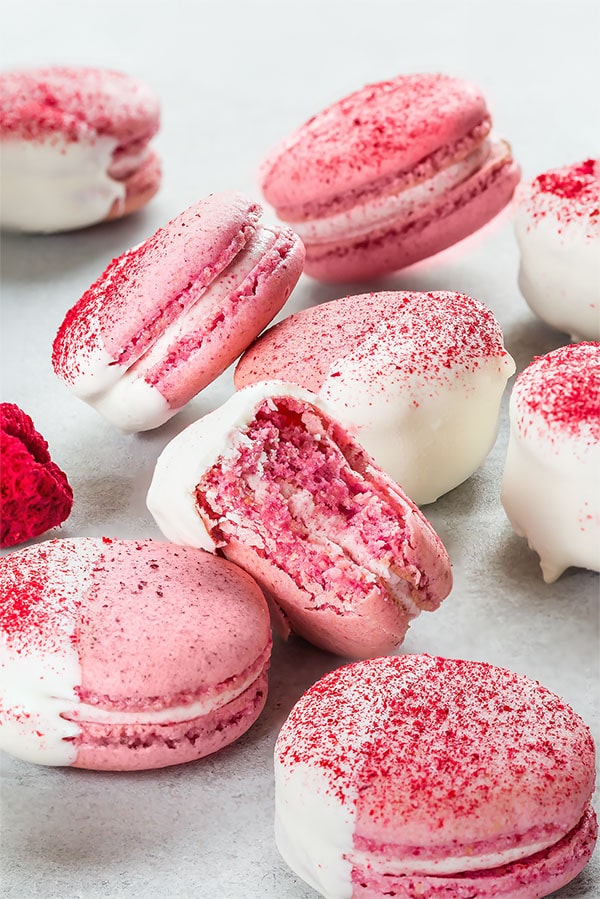 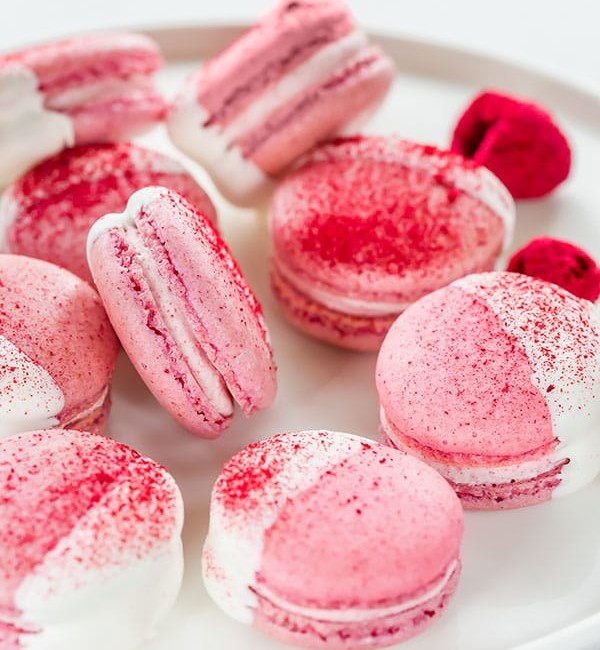 For additional tips and notes, read the post above. For more tips and visual troubleshooting guide, check out this post. You can now watch a full macaron tutorial video here.
* Disclaimer: All nutrition information are estimates only. Read full disclosure here.
Author: Shinee