The same delicious banana cream pie flavors, but in a dainty pastry form! So indulgent and so good! 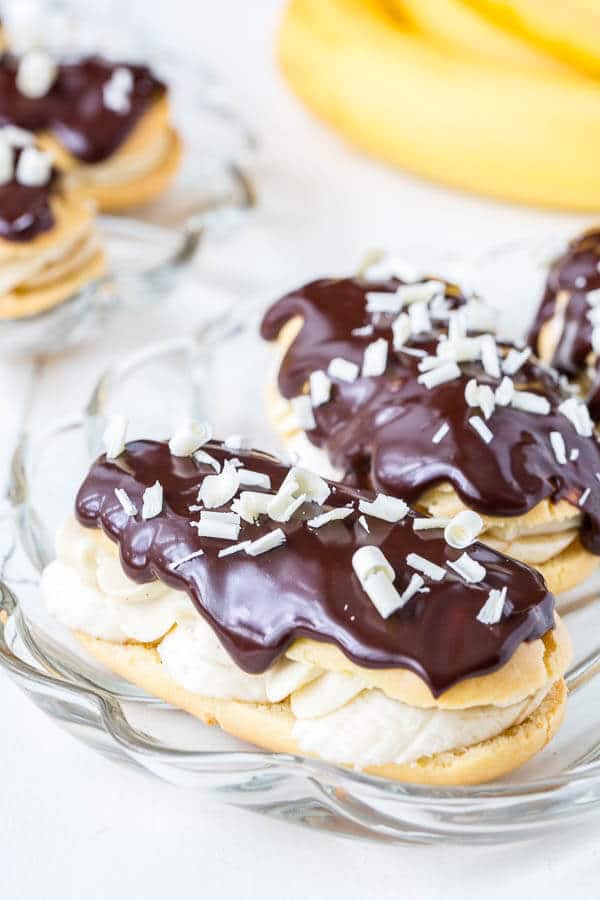 Raise your hand if you’re a fan of good ol’ banana cream pie!

It’s one of my favorite pies ever. If I’m not eating lemon meringue pie, or pumpkin mousse pie, (ok, pecan pie is pretty darn good too!) you’ll definitely catch me with a big slice of banana cream pie! Yeah, I’m a pie person, what can I say… 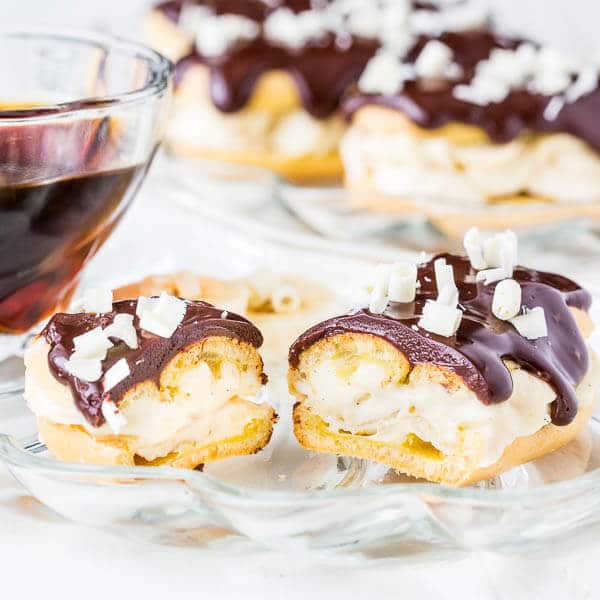 On one of those days, I decided to switch things up a bit. Or should I say fancy it up?

And let me tell ya, it was simply perfection!!

Delicate choux pastry paired well with silky smooth vanilla pudding and slices of banana! And that chocolate ganache was just an icing on the cake.

And here’s step by step photos for you. 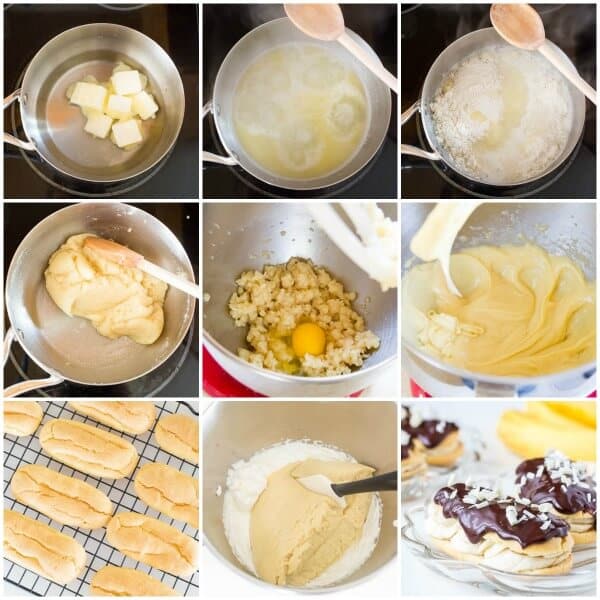 So next time when you crave banana cream pie, please try this eclair version. You won’t regret it, I promise! 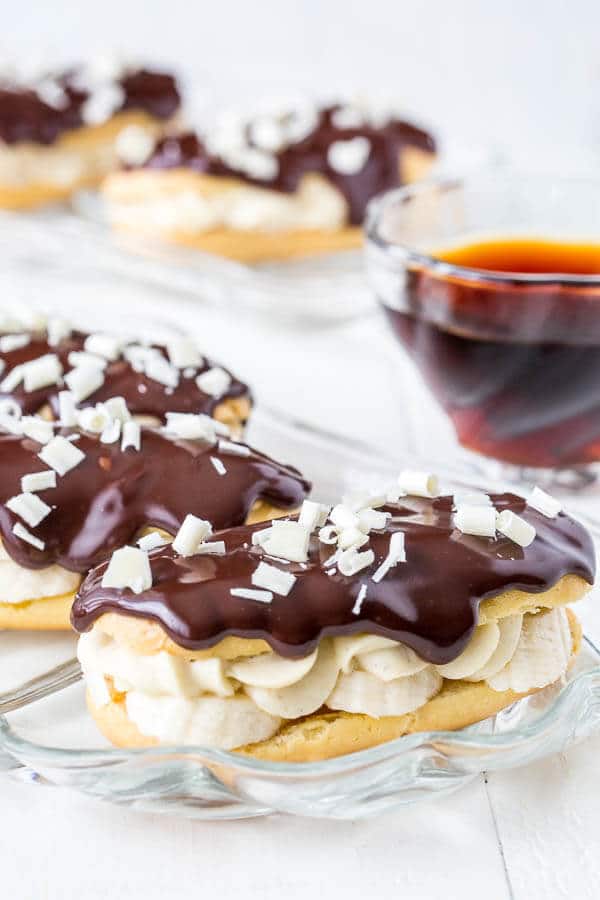 Enjoy! And thank you for stopping by. 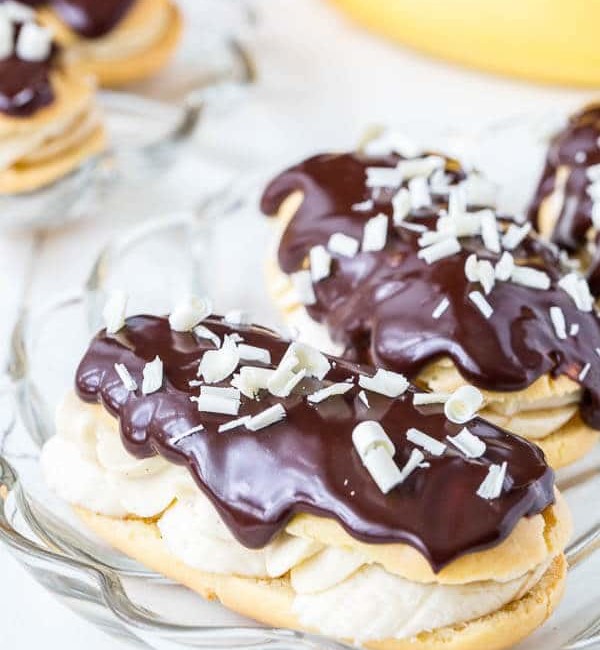 The same delicious banana cream pie flavors, but in a dainty pastry form! So indulgent and so good!
serves: 20 -25 eclairs
Print Leave a Review