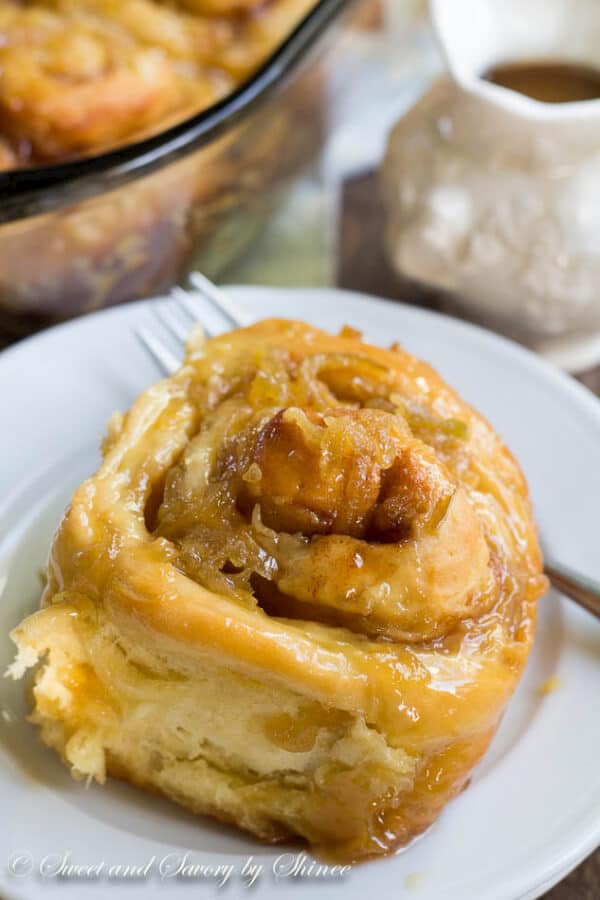 I think about food all the time. (Surprise, surprise!) And guess what?

I even started developing recipes in my dreams now. Last Saturday morning, I’ve been in the kitchen preparing delicious weekend breakfast. It smelled fantastic! Fresh cinnamon rolls were baking in the oven, apple caramel sauce was bubbling on the stovetop, and fresh coffee aroma filled the room… And bam, all that disappeared in a flash! I opened my eyes! That’s what happened. No fresh cinnamon rolls, no caramel sauce, no coffee. It was one colorful dream, but it was so real!

The good thing though, it was so vivid that I actually remembered exactly how I was making those apple cinnamon rolls! I had to recreate those delicious-smelling rolls from my dream that I never got to taste. To my surprise, they turned out fantastic. Super soft and moist rolls with caramel sauce that’s simply to die for! I’m serious, all that shredded apples in the dough created amazingly soft rolls. And apple infused caramel sauce was an amazing compliment. 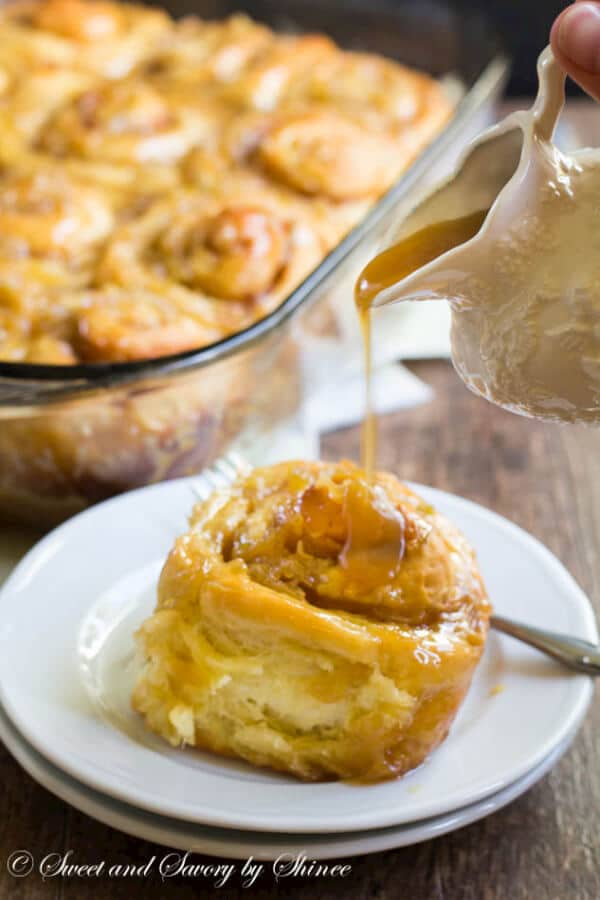 The recipe is fairly straightforward, but it does require some patience. Waiting for the dough to rise is the hardest thing for me. It’s important, though, to let the dough rise sufficiently in order to enjoy the most amazingly soft rolls. There is nothing to be afraid of yeast-risen dough. Just remember, it loves warm and humid environment. That’s why I place my dough in the microwave with a glass of hot water. Because it’s such a tight space, hot water creates warm humid environment that’s perfect for the dough to rise. Note, you don’t need to start the microwave; we’re just using it as an insulated box, if you will.

Now, when you knead the dough with shredded apples, you’ll think that it was a waste of your time and that it will never going to work. Trust me, everything will be just fine. It will be extremely sticky and messy for a moment, but add flour little by little and keep kneading. The dough will come together again, but it’ll be pretty soft and slightly sticky due to apples. The reason we are not adding apples at the beginning is because the dough will be too heavy and it won’t rise properly. And from here, just follow the directions in the recipe, and you will be enjoying fluffy apple cinnamon rolls in no time.

I’m telling ya, worth every effort! 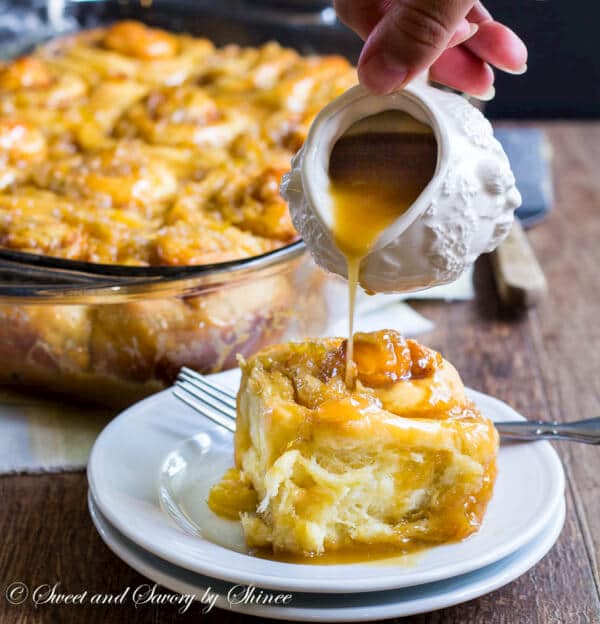 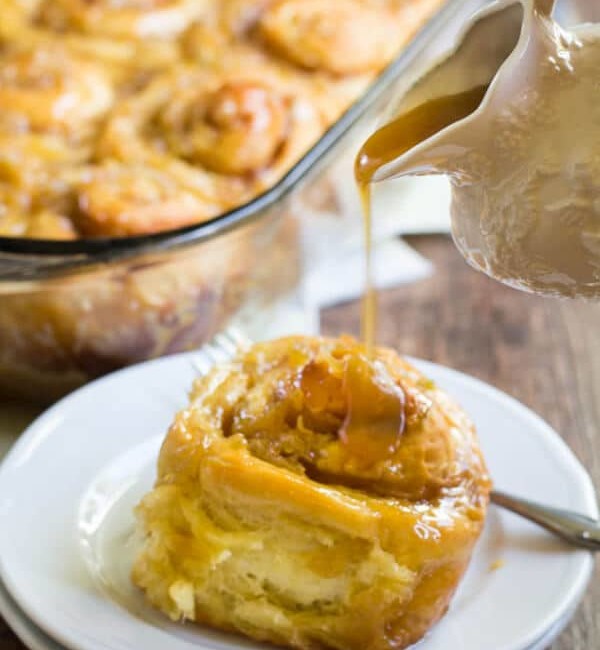 This homemade cinnamon rolls recipe is a keeper! Packed with juicy apples and smothered with apple caramel sauce, these cinnamon rolls are simply the BEST!
serves: 16
Print Leave a Review